The big day has finally come for the new PLM system to be deployed. Comms have been shared highlighting all the great benefits the new tool is going to deliver. Emails have been sent out to all the teams, and future users have been sent to a comprehensive 2-day training.

Fast forward, it’s been a year or maybe two and the level of PLM adoption remains relatively low. Many users are continuing to use older tools (that the PLM system was supposed to replace) or are finding creative ways to get around the system. Things don’t get better when employees actually use the new system either. The rate of data mistakes is quite high, making the software an unreliable source of information.

What happened? The PLM system is clearly supposed to help people in their daily tasks, improve the quality of the data, and increase productivity and collaboration. Why on earth would people refuse to use it or to learn how to use it properly?

We like to think of ourselves as rational thinkers, weighing the pros and cons, the cost versus benefits, and then making optimal decisions. However, neuropsychology and behavioral economics tell us that despite our best intentions, we don’t always make rational decisions even when it’s in our best interest. Neural pathways used by the brain to make decisions are hard-wired and difficult to alter. So, what’s the secret to altering them? Well, the first step is to figure out what the unconscious biases are that prevent users from fully embracing the PLM system.

You’ve probably heard many times, “Why are we changing things? Things were working just fine!” Two biases are driving this mindset. First, our aversion to losing things is much greater than our inclination to gain things. It means that we will often overvalue our current systems and processes relative to the potential gains that could be created by the new PLM software. The other bias pushes us to hold on to ineffective behaviour because we might have invested time, effort and maybe money into developing and learning those old systems.

We all know learning something new is hard, but why?

Our brains have evolved to create neural pathways that respond to and activate habits. It requires less mental effort to stick with established mental models than learn new ones. As a result, reverting to our well-established habits is much easier and natural for our brains. This explains why in many cases employees prefer to keep communicating change orders through emails rather than creating a change request in the PLM system. It doesn’t take much more time to do the latter but reverting to their habit of sending emails is almost automatic. The more complex the new behavior is, the harder it will be for our brains to adapt to the new routine.

Are we all doomed then? No! However, we do need to think about a different way to approach change. We need to take into account our biases and develop an adoption strategy that leverages them, instead of fighting them.

Tell Them the Story They Want to Hear

Stories are powerful. Many movies have influenced public opinion, forced politicians to pass new laws and corporations to change some of their practices. When our brains are engaged in a compelling story our attention is directed to the narrative elements, we lower our barriers and become more receptive to the information.

However, to write a narrative that appeals to your employees you have to remember that what motivates them might be very different from your managerial motivations. The story has to make sense to them as individuals. Many adoption strategies already try to include ‘what’s in it for me’ in their communication. Few of them actually understand what the underlying desires and needs are that motivate and drive their employees’ behavior. Consequently, they fail to write a story that excites and convinces their employees.

When faced with low levels of PLM adoption, we believe that user research can uncover the hidden causes of resistance. In a recent engagement, we realized that employees believed the PLM software hampered their efficiency and valued, above all, the need to feel knowledgeable and confident when using the system. When developing communications to improve adoption, our message should focus on how the PLM tool will improve their efficiency, improve the data quality, and stress that continuous training and support will be provided.

Behavioural economics tells us that when we are unsure of the correct way to behave we look at others for clues. This can either have a positive outcome, for example when a leader shows the desired behaviour and the team follows, but it can also have a negative impact, when we copy our colleagues who are not taking the new PLM system seriously.

In our experience, we’ve learned that just supporting and enforcing the change is not enough for leaders to inspire their employees. Role modelling is not just a matter of will or skill, it is also about knowing what to change at a personal level. Leaders must truly walk the talk and ask themselves, “What should I do differently?” We can also utilize user research to uncover what motivates leaders, and more importantly, what the needed adjustments are at the individual level.

Good adoption programs should equip employees with the necessary skills to use the PLM system correctly. Great adoption programs acknowledge the way in which our brains prefer to learn new behaviour. As we discussed earlier, creating new pathways in our brains can be complicated and a lengthy process. Employees are often sent on long training sessions in which all steps and processes are covered in one go. The likelihood of the new information being retained and applied to the next day is near zero.

Employees need to be given the time and energy necessary to practice new skills. In practical terms, we would advise interactive forms of training, such as learning forums, broken down into chunks with gaps in between the sessions. After each class, learners should be given exercises, directly related to their daily jobs so that they start practicing and hardwiring new mindsets and skills.

Training shouldn’t solely focus on addressing processes and functionality but consider how the system fits in the learners’ daily jobs. Instead of telling them ‘click here, do that’, explain how the system is going to help them do their job better.

To unlock the value that a PLM software can provide to your organization, adoption needs to be a key part of your implementation. A PLM system is only as good as the people that use it, and as this article hopefully showed you, getting people to modify their old habits can be a tricky endeavor. We have to stop creating programs that assume we are rational and independent decision makers. We have to accept that our brains and social context influence our behavior, and leverage those forces to our advantage rather than fighting against them. 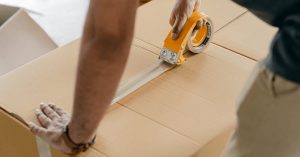 The Number One Reason PLM Is NOT Working in Your Organization

7 Benefits of Outsourcing Your PLM Training

13 Common PLM Implementation Problems And How to Avoid Them 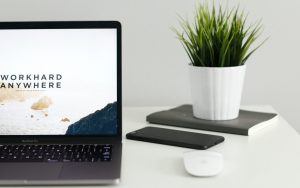 Why PLM Deployment Can’t Succeed Without a Training Library

Any cookies that may not be particularly necessary for the website to function and is used specifically to collect user personal data via analytics, ads, other embedded contents are termed as non-necessary cookies. It is mandatory to procure user consent prior to running these cookies on your website.